Reconstruction of the Rajagopuram 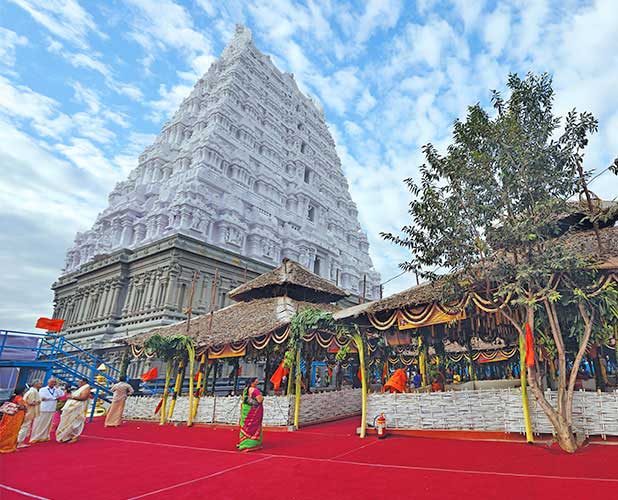 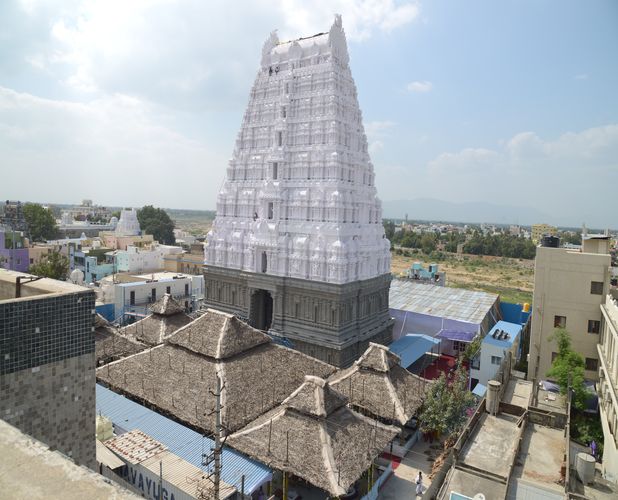 The Rajagopuram of Srikalahastheeswara Temple was built by Vijayanagara empire, SriKrishna Devaraya in the year AD 1516. The temple is situated on the banks of River Swarnamukhi at Srikalahasti town, Chittoor Dist. in the State of Andhra Pradesh.

During the year 2010 the Rajagopuram has started developing cracks and signs of deterioration was visible on the structure. The expert’s committee has critically examined and have ruled out it’s structural stability and recommended for dismantle and re-built. CVR Foundation has come forward to take up the responsibility of re-building dismantled Rajagopuram structure to a height of 144 ft. as a service to the temple. The CVR Foundation has taken up the Design & Re-construction right from relaying of foundations to construction of Gopuram in close consultation with Agama Shastra and Engineering experts.

It took a strong 300 contingent of Engineers, Masons and Sculptors to build the famous edifice. The Foundations have been re-laid by driving number of Piles and over which the masonry construction was carried out with Best Quality Granite Stone from Chilakaluripeta Stone Quarry in Guntur District. The collection of ideas of Agama Shastra that lays down the rules for temple building, spirituality and rituals have been strictly followed in the building of Rajagopuram to the originality. Use of Pile Foundations and traditional bonding mixtures such as Lime, sand, Jaggery etc, in the structure (90 ft long, 65 ft wide and 144 ft height of Rajagopuram) has made a unique masterpiece which can sustain 1500 – 2000 years more in the History. The re-constructed Rajagopuram of Srikalahastheeswara Temple was successfully handed over to the temple authorities by CVR Foundation after conducting Religious Rituals and praying for Global peace.